I have long been a proponent of the need for conflict on cohesive, high-performing teams. My first boss and mentor often told us, “Full potential is not achieved in a serene environment.” He believed the key to productive conflict was to focus on achieving a win/win outcome and a sincere desire to maintain the relationship.

Bestselling author, Patrick Lencioni, in his book The Five Dysfunctions of a Team, lists lack of conflict as one of the foundational dysfunctions of a team. He encourages teams to have open dialogue and debate around ideas and issues as a way of becoming more cohesive as a team and achieving shared results.

The question of course becomes, “How?” How in the midst of a continuous, often emotionally laden situation, do you change your focus to developing a win/win solution and protect the relationship? How do you focus your debate around ideas and issues rather than personally attacking your “opponent” or feeling personally attached yourself?

That is where Everything DiSC Productive Conflict comes in. The underlying presupposition of this solution is that our automatic thoughts – not the situation itself – is what leads to unhealthy, unproductive conflict. Therefore, by changing our thoughts we can change our response to and subsequently the outcome of the situation.

Let me give you an example. Let’s say I have an idea for changing a process that I believe will increase productivity and make it easier for staff to do their jobs. I tell my idea to Bob who immediately reacts by saying,

“That will never work.”

My automatic thought is,

“He thinks I am stupid.”

My reaction is to say,

“You never think I have any good ideas”, and stomp off.

The idea doesn’t get implemented, productivity remains sub-par and my relationship with Bob is damaged.

Now suppose instead the situation plays out like this: I tell Bob my idea and he reacts by saying that it will never work. My automatic thought again is, “He thinks I am stupid.” But this time instead of reacting, I step back and reframe that automatic thought. I might tell myself something like,

“That is just Bob being Bob. He always reacts negatively to change. But given some time he usually comes around and he often has some good input for improving the idea in the process.”

Now, instead reacting and storming off, I ask Bob what his concerns are and how we might re-work the idea so it is viable.

The result: Bob identifies a flaw I had missed in my original idea and offers a couple of suggestions. We implement the combined idea. Productivity soars and people are happier.

I know this may sound almost too good to be true – a Fairy Tale ending. And it is not easy. Being able to identify and reframe automatic thoughts in a way that leads to win/win outcomes requires:

Like all the Everything DiSC solutions, Productive Conflict includes a personalized participant assessment as well as:

All the pieces necessary to implement the program on your own or we will work with you to develop and deliver a program to meet your needs. 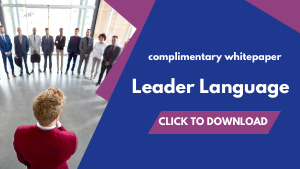