Message From Julie: The Power of Subtraction

I was talking recently with the executive director of a not-for-profit I work with. In 2013 the Board made the painful, but well thought out decision to close what had been the core program for the agency. The executive director reflected on how she is still amazed at the energy that decision released and the growth that the “released energy” has led to. The annual budget has more than doubled and the increase in people served has been exponential.

It seems our default as humans is to add. We throw more money and more people at problems. Organizations add rules, policies, and procedures without deleting any outdated or unnecessary ones. Companies often add more products or services than they eliminate. And if you are like me, you add more clothes to your closet each year than you remove.

The authors of an article in the Harvard Business Review, When Subtraction Adds Value, concluded that “subtraction has a noticeability problem”. As they point out, it is easy to see the results of additive behavior. However, evidence of subtraction is marked only by the absence of something. The authors contend that those responsible for subtracting, whether that is removal of a burdensome policy or the elimination of a service that no longer meets a market need, often do not receive “credit” for their actions. Even more troubling, there’s nothing to remind others of the value of subtraction.

Consider the agency in my opening story that experienced significant growth and an exponential increase in impact because of closing a program. Those not involved with the organization in 2013 likely have no understanding of how the decision to close that program led to the success the agency is experiencing today. Many probably do not even know the program ever existed. What they see is the effect of adding a new service line – one that was only possible because of an earlier decision to subtract.

Here are three ways (inspired by the authors of When Subtraction Adds Value) to help ensure your team considers subtraction when solving problems and making decisions:

Here is my challenge to you (and to me): What problem will you solve or what goal will you achieve in the next 30 days by subtraction rather than addition? What unnecessary, redundant, or time-wasting task will you drop from your (or your team’s) routine?

Let me know what you subtracted and what you achieved as a result. 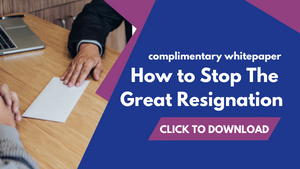