Leveraging the Benefits of Team Diversity 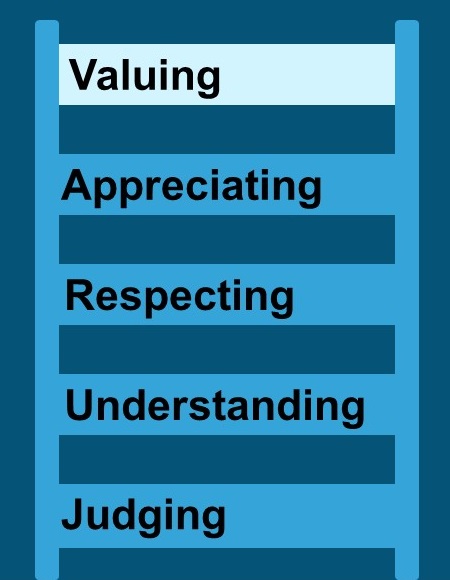 Trust is a tricky thing. We know that trust is critical to a high performing team. The Five

Behaviors model lists trust as the foundational behavior of a high performing team; Amy Edmondson’s work at Harvard is based on this concept of trust, which she calls psychological safety.

However, we are hardwired to trust those who are similar to us. It’s a survival mechanism ingrained in human nature from our early days as nomadic tribes wandering across the savannah. Something different was often a threat – a new tribe or unknown animal, for example, could signal danger.

In today’s workplace, diversity is valued and sought after. In theory, all types of diversity – including diversity of thought – can lead to better performance. But sometimes this doesn’t happen in the workplace, because diversity can be perceived as a threat, which causes trust issues that lead to destructive conflict.

If diversity is actually going to improve a team’s performance, leaders must help teams move from judging to valuing. Here are three ways leaders can help teams develop trust that leads to healthy conflict and improved teamwork.

How to Help Your Team Move from Judging to Valuing

One of the benefits of personality assessments is that they help us appreciate and value different styles and approaches. The bigger outcome is that they open us up to seeing things from different perspectives – which allows us to be more accepting of differences, manage conflict more productively, and maximize the benefits of diversity.

Unhealthy conflict can stem from automatic thoughts. This often happens in teams when someone makes a statement or asks a question that challenges our beliefs. Our first reaction? Automatic, often negative, thoughts. He thinks I’m stupid. She never likes my ideas.

One of the simplest ways to move from unproductive to productive conflict is to identify and reframe automatic thoughts. Instead of accepting the thought, ask yourself: Is that true? What else could be true? By asking ourselves (and our team members) to consider a different perspective, we open our minds up to engage in healthy conflict.

Instead of the person thinking you’re stupid or hating your ideas, he or she could be questioning based on past experiences that leaves them skeptical. That quality can help the team identify potential holes in your team’s plan and fix issues before they arise.

When we make a mistake, we often attribute it to an outside instance rather than ourselves. However, when someone else makes a mistake, we blame that on a character flaw or intent.

Being aware of our tendencies opens us up to give people the benefit of the doubt and assume good intent. It also helps us understand our differences and recognize each other’s’ strengths and weaknesses.

The key to truly benefiting from diversity is utilizing the tools above to help your team move up the ladder from judging to valuing. Teams who recognize and appreciate diversity are more likely to succeed. You can help your team boost their productivity by teaching them to be open to new perspectives and value their differences. You’ll be amazed at the positive impact this approach makes!